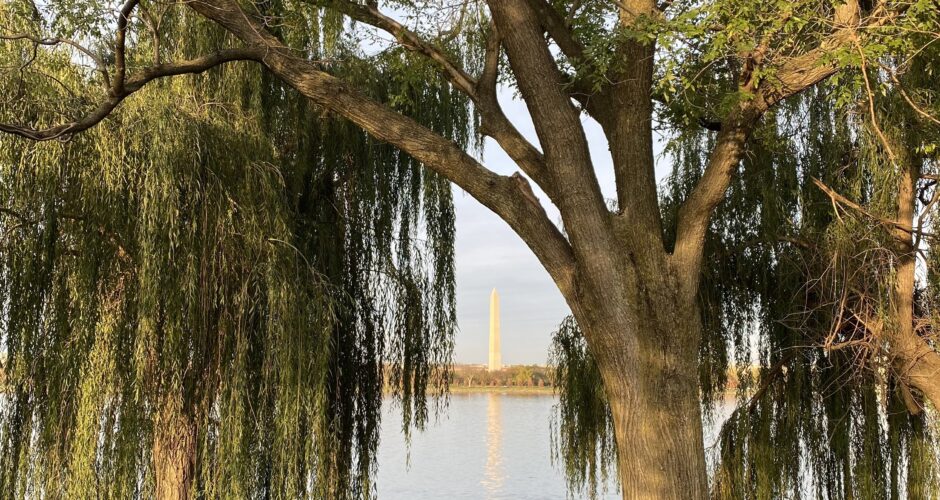 Rich Baris gave an update on Arizona in the early evening (around 7pm EST). President Trump is out-performing expectations in Pima and Pinal counties. This is a very positive update and keeps him on track to win the state. Fox still refuses to rescind its call for Biden.

As many have noted, though, Georgia is “bleeding out.” This afternoon Trump was up by 30,000 and that margin has narrowed to something like 3,000. These ballots are all coming from deep blue counties—DeKalb and Fulton, around Atlanta.  I’ve heard from an attorney on the ground there, and she tells me that the GOP lawyers in GA are strongly pro-Trump and fired up. There are 40-50 lawyers and they are in the field—not sitting around at the HQ. It sounds like they are doing the best they can. Georgia has better voting laws, e.g. all ballots had to be in by election day, as opposed to Pennsylvania, where they decided to permit votes to come in for days after the election (and they don’t even need to be postmarked!). I’m not an election lawyer, but I like that lay of the land much better. I think there will be a recount, regardless.

Speaking of Pennsylvania, what a nightmare. Trump’s lead has dropped to below 43,000. Remember he was up by 800,000 on the 3rd. As Raheem Kassam tweeted this morning, they are just going to keep counting until Biden wins. Corey Lewandowski and Pam Bondi are in Philly. Today, Philly wasn’t letting GOP ballot-watchers in to observe the count. A court issued an order that the ballot-watchers had to be permitted to enter the building and observe. Lewandowski says not only did the officials at the convention center not obey the order, when the Trump team called the sheriff and asked him to come and enforce the order, he refused and said don’t bother calling back.

Pennsylvania is both corrupt and it has bad voting parameters—any mail-in ballot that arrives by the 6th can be counted, and the PA Supreme Court said that even ballots without a postmark should “enjoy the presumption” that they were mailed by the deadline (the 3rd). Total insanity. Look, PA is going to be a radioactive litigation zone. Try not to stress too much about it; there are lawyers doing that for you. PA will go to the top—SCOTUS will decide it.

Trump finally made an appearance. The President spoke to the press from the WH briefing room. I loved the messaging—protect the integrity of the vote; Trump won; this election is being stolen… He took no questions, which might have been the best part of all. I say we cancel White House briefings in the second term.

In other news, Steve Bannon’s War Room was deplatformed. The War Room Twitter account was banned and YouTube deleted the War Room videos and banned them, too. Big Tech censorship shutting down the conduits of solid information. Today, the Facebook group Stop the Steal, which had over 350,000 people (amassed in about 24 hours) was deleted by FB. BBC News reported that the reason it was deleted was that some posts in the group had advocated violence and/or civil war. It’s very plausible to me that someone posted something like that (please don’t advocate for civil war…ever), but shutting the whole group down is ridiculous. I also heard that the President’s tweet asking people to report incidents of voter fraud to a special White House hotline were deboosted, i.e. Twitter tweaked the algorithm so that tweet wouldn’t show up to as many people and wouldn’t move as quickly. I didn’t confirm whether that was true, but they are censoring people all over the place. I’ve said this before and I will say it again, Big Tech/mainstream-media delenda est.

Finally, Don Jr. spoke tonight and condemned the national Republicans who are not using their prominent platforms to fight for the President, the Republic, and the integrity of the vote. This election is being stolen, very brazenly, in front of our eyes. Yet, all but radio silence from most prominent GOP leaders.  They could and should be using their platforms to tell the truth to the American people, to break through the mainstream media’s and Big Tech’s firewall and alert the American people that we are turning into a banana republic. Think about this: Biden has received more votes than any other candidate in American history. This is laughable if it were not so tragic. I like Don Jr.’s spirit here. We need people willing to very vocally stand their ground.

Conclusion. Keep pushing! Trump won; Biden lost. The MSM is all in for Biden, so the mainstream headlines and the electoral vote tallies are all going to look dire. That’s part of the narrative. It’s part of facilitating the steal. The path to pull this out is still there, and we have alternative routes, too. A topic for another post. What you can do is share the news with your friends and family, call your senators and tell them you expect them to speak up more aggressively and object to the ongoing disenfranchisement of our votes, and attend any rally/march planned in your area. We need to start mobilizing (peacefully) to concretely show the energy and support for the President. I am hoping to have some solid numbers for you tomorrow that will help you show to others what is going on.

November 5, 2020
My Statement on the Conclusion of the Flynn Case & Why I Will Be Stepping Back From Politics for a Time

November 5, 2020
Democrats Do Drama – We Need to Stay Resolved, Disciplined, and Driven

November 5, 2020
Nov. 18 – Stop Certification; Grassroots Must Stand Up; Update on the States