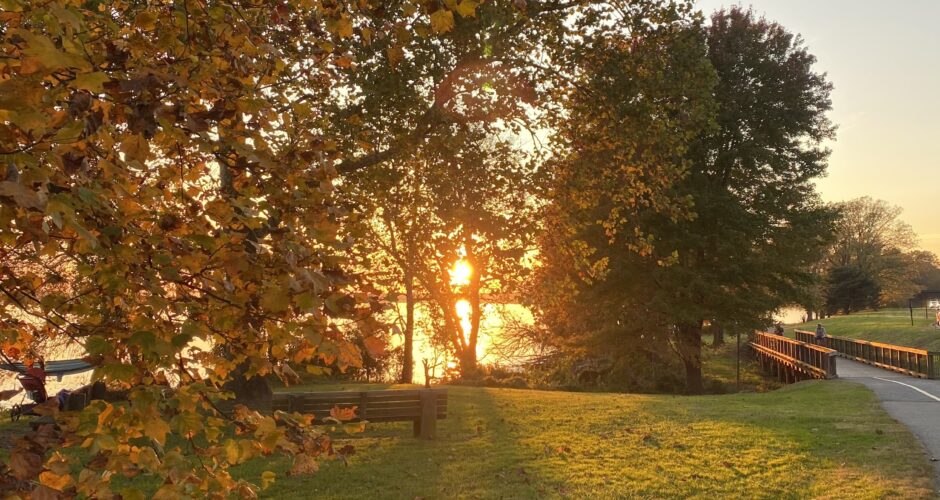 Still crazy town. As you probably recall, the Supreme Court issued an order on Friday directing the state to segregate the ballots that were received after 8pm from all the others. This is a pretty major tip of the hand from SCOTUS that those ballots will be rejected.

But, there is a glitch. The Republican Party is claiming that PA has defied the multiple court orders it has received and has not segregated the ballots. If the Supreme Court determines that the late ballots cannot be included in the count, but they’ve already been mixed up into the general ballots… Houston, we have a problem.  I hope it doesn’t come to it, but Pennsylvania needs to be prepping its state legislature to do its constitutional duty.

As of 9:30pm tonight, Biden leads Trump by 10,353, so continuing to tighten. Not all ballots have been counted, and unless ballots have materialized while I wasn’t paying attention (entirely possible), those outstanding ballots should still be largely military.

Meanwhile, 132,000 “change of address” ballots in Fulton have been flagged. Fulton went 72% for Biden, so even if some of these are thrown out, it should be good for us. I’ve seen some people claiming all 132k will be ineligible, but I don’t see how that necessarily follows and can’t confirm it. Let’s play it safe and say if just some of them are tossed, it’s still good for us.

Georgia is still headed for a recount, and Doug Collins has been tasked with heading up the campaign’s recount team. I hope recount means something more like an audit.

We got the count on another bunch of ballots tonight around 6pm. Trump won 65% of that, so it’s still tightening. He’s down by 16,985. Trump needs almost 61% of the remaining outstanding vote. I don’t know how many ballots are still out. As noted in the post before last, based on where these votes are coming from—mostly suburban and rural Maricopa—Trump has a very healthy shot at hitting his number, but it is obviously razor tight.

To me, those three states combined are the clearest path to victory, but the heat is turning up on Wisconsin and Michigan, and of course, there are lawsuits ongoing in Nevada.

The Washington Post reported that Trump’s administration won’t permit Biden’s transition team to do its work:

A Trump administration appointee is refusing to sign a letter allowing President-elect Joe Biden’s transition team to formally begin its work this week, in another sign the incumbent president has not acknowledged Biden’s victory and could disrupt the transfer of power.

The administrator of the General Services Administration, the low-profile agency in charge of federal buildings, has a little-known role when a new president is elected: to sign paperwork officially turning over millions of dollars, as well as giving access to government officials, office space and equipment authorized for the taxpayer-funded transition teams of the winner.It amounts to a formal declaration by the federal government, outside of the media, of the winner of the presidential race.

But by Sunday evening, almost 36 hours after media outlets projected Biden as the winner, GSA Administrator Emily Murphy had written no such letter. And the Trump administration, in keeping with the president’s failure to concede the election, has no immediate plans to sign one. This could lead to the first transition delay in modern history, except in 2000, when the Supreme Court decided a recount dispute between Al Gore and George W. Bush in December. [emphasis added]

Of course they aren’t letting Biden people in. Another crazy false narrative from the msm. The votes haven’t even been fully tallied, there are several recounts that must be done, and President Trump has pending litigation. The last time an election was contested (2000) the very same delay took place, as the article notes at the bottom (facially contradictory paragraph). Again, the Biden campaign and the media had a strategy in calling this so early—frame Trump as the illegitimate president and sweep the rest under the rug. Biden is the candidate illegitimately trying to grasp power before he is entitled to it. In the process, he is trying to trample down the calls to inspect the integrity of the vote, which is a violation of our right to vote, a core element of which is that our ballots carry equal weight. This dispute is not just about Trump’s desire to stay president. Don’t let people bully you into this idea we have to just accept Biden as the winner. He hasn’t won yet, he very well might not win, and our fundamental right to vote requires the process to rigorously play out.

People, it was a good day. The media and the Democrats are pretending this is over and their supporters all think it is over, but it is not. Donald Trump is still very competitive in this race. In that vein, this morning I read an article from American Thinker that went viral in conservative circles throughout the day (read here). It is very positive and makes a number of great points. I encourage you to read it and share it. I cannot emphasize enough how important it is to remind your friends and family that this isn’t over and encourage them to be optimistic. We need to support the President and each other. We won this election; we still have a path to the White House despite all the roadblocks. But we have to stay positive and maintain forward momentum. Tell everyone you know, we have an election to win.

November 8, 2020
My Statement on the Conclusion of the Flynn Case & Why I Will Be Stepping Back From Politics for a Time

November 8, 2020
Democrats Do Drama – We Need to Stay Resolved, Disciplined, and Driven

November 8, 2020
Nov. 18 – Stop Certification; Grassroots Must Stand Up; Update on the States