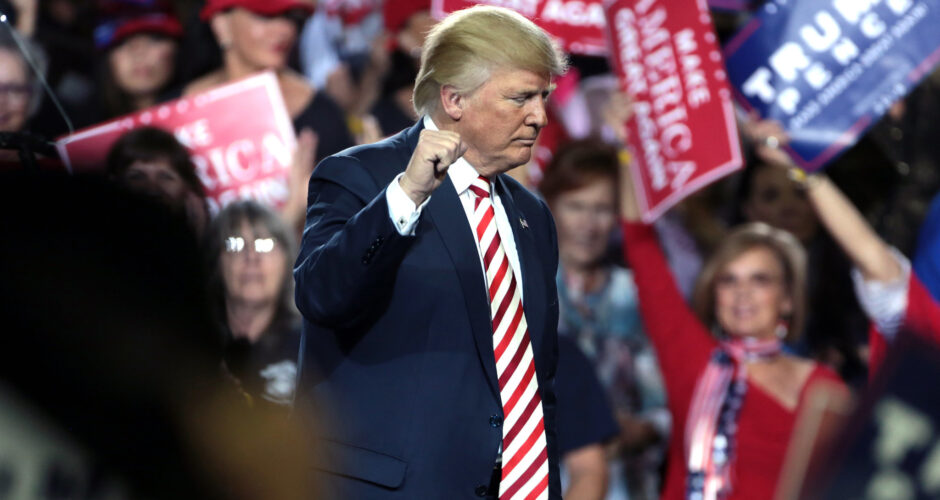 Does Trump still have a chance? That’s the question that flooded my inbox Saturday after the media called the election for Biden. If there was massive voter fraud, as some Republicans have alleged, Trump absolutely has a path. But only aggressive action on the part of the president and unwavering determination from his supporters will make that path navigable.

Many pro-Trump, nationalist Republicans are confident that Trump has a path because they believe that the Democrats committed fraud and that Trump will prevail in the courts on that basis. Many people have analyzed the election and concluded that the Democrats committed both electronic and manual fraud. They think the turnout was more than the Democrats had planned for, and Trump support was high in demographics they didn’t anticipate. Many who have analyzed the statistics think that this forced the Democrats’ hand and they had to cheat more than they had bargained for, which in turn created both statistical anomalies and even impossibilities in some precincts. I myself have reviewed statistics reports that identify mathematically suspicious counties in swing states.

When all the litigation is said and done, Pennsylvania is almost certainly going to resolve for Trump. Arizona and Georgia, both within reach for the president, are incredibly tight. There will be recounts and lawsuits that determine into which column they ultimately land, and the hope is justice will prevail in every courtroom and case. But courts are uncertain battlegrounds, and judges alarmingly fickle.

The American people who believe that something is not right can help by vociferously demanding election integrity and accountability. The media and the Democrats rushed to proclaim Biden the winner to shift the mood of the country and settle the issue. They did it to cast Biden as the legitimate winner and frame challenges from Trump as despotic resistance or even a coup.

This mood will affect the judiciary. Courts are wary of invalidating votes in the best of times. Judges are people, too. It will be hard to hand down rulings that could result in Trump’s win and, perhaps even more daunting, the shockwaves across the country and the world that would follow. The Trump lawyers will need traction in the courts to win early steps that give them discovery. A national mood demanding answers will make it easier for judges to countenance all these varied suits. So, Americans who want to do something should speak up now, support the president, and demand election integrity.

At the end of the day, though, the only one who can settle this is the president himself. Donald Trump needs to do what he does best, what he did to win in 2016, and what made him such a successful President—he needs to do the unpredictable, the unorthodox, and the aggressive. If the statisticians are right and we are staring in the face of massive election fraud, he needs to attack on every possible front and he needs to do it now. He should launch the necessary suits or investigations that permit him to subpoena election workers; he needs to audit the counties where statisticians have identified suspicious anomalies; he needs a forensics team to examine the code; he needs an investigation of Dominion Voting Systems.

When the Democrats lost in 2016, they launched a two-year investigation into “Russian collusion” that consumed tens of millions of taxpayer dollars, diluted the Trump administration’s focus and energy, and ended in Robert Mueller’s conclusion that there was no collusion between Trump and the Russians. An allegation of an internal, rigged election is far more serious. If true, the foundation of the American Republic has been corrupted and our fundamental right to self-determination and self-government stolen from us. This allegation warrants even more than the onslaught the Democrats unleashed in 2016. If everything is aboveboard, these aggressive efforts will turn up nothing, thus re-establishing trust in our system for 71 million Americans and indeed for many of our friends and allies abroad.

But, if there is fraud, Trump’s full-force assaults should find a weak spot. Breaking through that crack will reveal a scheme that will shock the world. Any other Republican candidate would concede at this juncture—intimidated by the force of the media, the exultant mood of the Left, and the inevitable assault they will unleash if the election swings back to the Right. But Trump is a new kind of Republican.

If the Democrats have indeed committed mass voter fraud, they are in quiet fear of their precarious position. They’ve overplayed their hand and all the president needs to do is attack. The path to victory for Trump himself, to finally exposing the expansive corruption of the Left, and to the restoration of our democratic republic, requires nerve no other politician possesses. If Trump decides to do what every other Republican would flinch from, the Democrats know he will blow their scheme wide open. In this pivotal hour, Donald Trump must not flinch.

November 11, 2020
The Federalist/Pretending COVID Is An Emergency Is Killing America