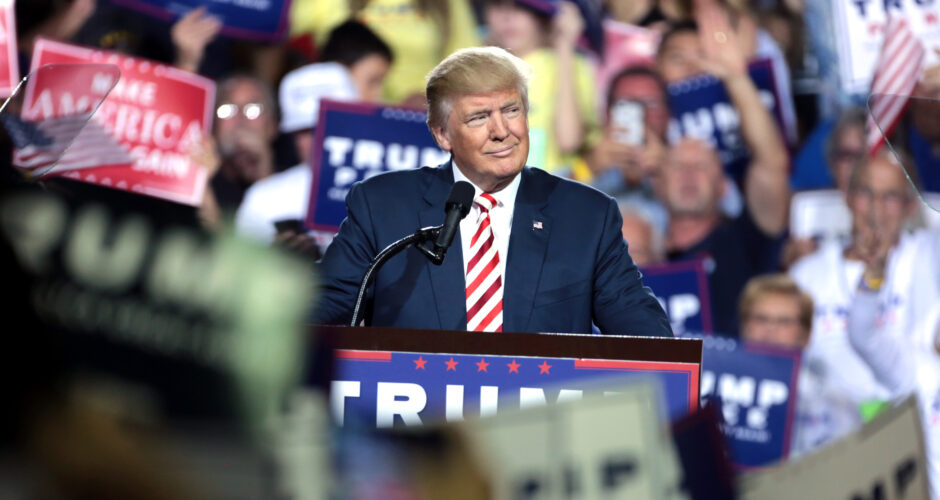 Under no circumstances should Donald Trump concede. He shouldn’t concede because he has not lost yet. Hillary Clinton gave this advice to Joe Biden just before the election:

Hillary Clinton: “Under no circumstances should Joe Biden concede the election…because I think this is going to drag out and, eventually, I do believe he will win if we don’t give an inch, and if we are as focused and as relentless as the other side.” There you go. The Democrats and the media are screaming that Trump needs to concede, but in the reverse situation, they would be doing exactly what we are doing, and frankly, they would be more aggressive. Clinton says we are focused and relentless, but that is kind of laughable. Everyone knows that the old Republican Party is neither focused nor relentless; it caves to the Democrats every time, as you can see from the many prominent “Republicans” like George W. Bush and Mitt Romney who are out prematurely congratulating Biden for his media win.

The Democratic Party beats up on the country club Republicans all the time, but it has never really gone to war with the Nationalist Republicans—with Trump’s MAGA Party. This is our first time the Democrat Party has met the new, Nationalist MAGA Republicans in a pitched battle. I don’t know if we will have the relentless focus to match the Democrats, but if we are going to win, we have to rise to the challenge. So, again my message is be aggressive.

Let’s run through some other very pertinent stats.

This was no blue wave. Even if we are not right, and there was no massive fraud (there was, but for the sake of argument) Donald Trump has garnered over 70 million votes right now. In 2016, he only got 62 million. Trump expanded his support from the American people by 8 million votes this year. His support among blacks, Cubans, Hispanics, LGBTQ…all are up this second election cycle. Contrast this to Barack Obama, who garnered 69 million votes when he won in 2008 and only 65 million in 2012. Obama’s support after four years trended down; Donald Trump’s support exploded up.

But, the fraud is the issue. Democrats spend a lot of time talking about trusting science, so let’s trust some math. According to Richard Baris (@peoples_pundit on Twitter) “we are now approaching, and in some metros will exceed, turnout levels that are comparable to nations where mandatory voting is the law.” He pointed to a BBC article from 2016 titled Vote Rigging: How to Spot the Tell-Tale Signs which said, “You never get a 98% or 99% turnout in an honest election. You just don’t.” BBC said this level of turnout triggered a presumption of fraud. Furthermore, I’ve been watching the reports on the statistics coming in, both for the Trump Team and for Sidney. These are people doing practically round the clock work crunching numbers. The numbers are showing statistical impossibilities. I might get with Wilson and pull together some stats for a post, but it’s also being widely reported on conservative outlets.

The Democrats and the media are trying to engineer this election. Consider that Fox et al called Arizona and Georgia for Biden, where only about 10,000 – 15,000 votes separate the two candidates (and both states will be going to recounts), but the media refuses to call North Carolina for Trump, where the President is up by over 75,000 votes. Can you see how we are fighting media misinformation? It’s extraordinary. The Democrats and the media have made us into a banana republic.

We aren’t going to give in. 70 million voters are energized and want answers. The Supreme Court said in Bush v. Gore, “the right to vote as the legislature has prescribed is fundamental; and one source of its fundamental nature lies in the equal weight accorded to each vote and the equal dignity owed to each voter.” The fundamental right to vote is on the line here. Can because if illegal votes are being counted, as we think they are, then our votes no longer carry equal weight. Every American deserves full and aggressive investigation.

That’s it for now. The key here, though, is that Trump has not conceded because he has not lost yet. He is doing exactly what Hillary Clinton counseled Biden to do if Biden found himself in the same scenario, and we can still win this election. Don’t let the Democrats get away with this level of hypocrisy and don’t let them gaslight you into defeatism. We are marching. This is the moment we will find out the mettle of the MAGA movement. I believe we have the courage and the resolve to finally measure up to the Democrats. If we choose to, we can do it.

November 10, 2020
The Federalist/Pretending COVID Is An Emergency Is Killing America

November 10, 2020
My Statement on the Conclusion of the Flynn Case & Why I Will Be Stepping Back From Politics for a Time

November 10, 2020
The Federalist/There Is No Going Back To ‘Normal’ After Trump; The Republican Party is Changed Forever

November 10, 2020
The Subtle Twists of the Mainstream Media that Rob Americans of Choice