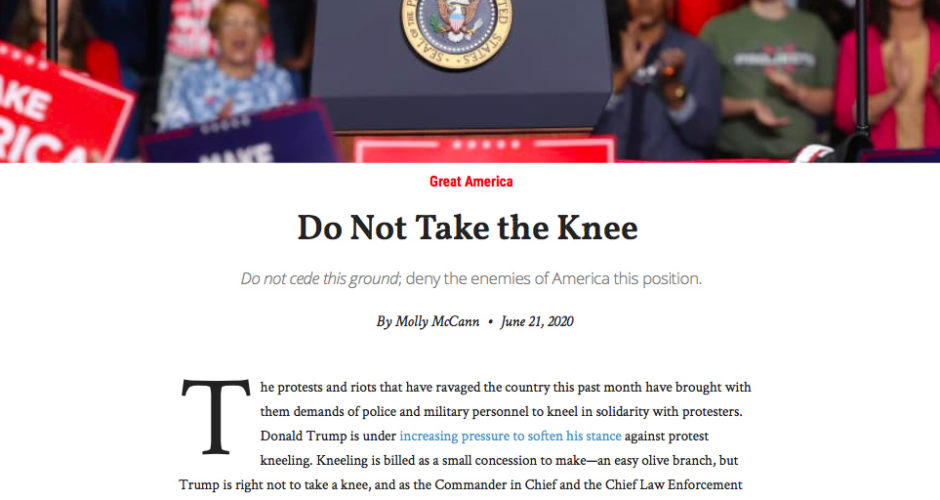 The protests and riots that have ravaged the country this past month have brought with them demands made to police and military personnel to kneel in solidarity with protesters.  Donald Trump is under increasing pressure to soften his stance against protest kneeling.  Kneeling is billed as a small concession to make—an easy olive branch, but Trump is right not to take a knee, and as the Commander in Chief and the Chief Law Enforcement Officer, he needs to set a strong example for our soldiers, police, and the American people. Taking a knee is not a small concession, it signals support for a growing movement of people who believe that America is a systemically racist nation and who are bent on destroying the Constitution and remaking America in an unrecognizable new mold.

June 22, 2020
The Federalist/Pretending COVID Is An Emergency Is Killing America

June 22, 2020
My Statement on the Conclusion of the Flynn Case & Why I Will Be Stepping Back From Politics for a Time