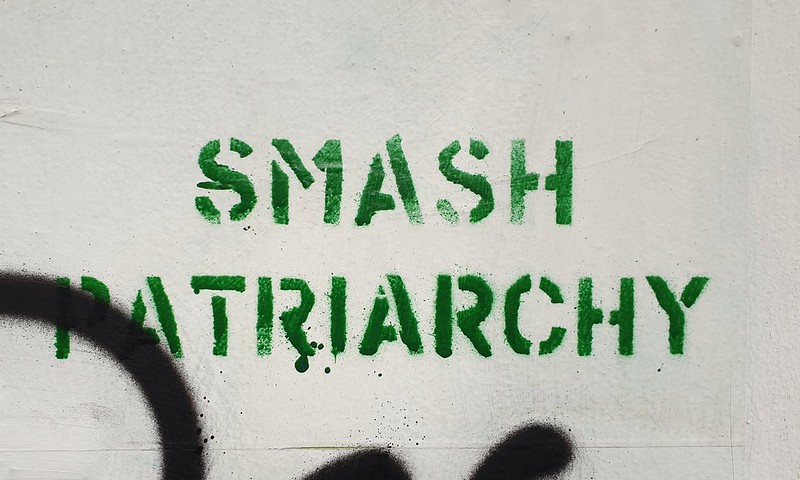 Feminism is perhaps the most popular modern philosophy that almost none of its proponents understands or can explain. Even a relatively cursory interaction with feminists reveals that the rank-and-file, the foot soldiers of feminism today, do not know or understand their own philosophy. They do not see that feminism is directly opposed to what most of them already enjoy or are seeking—loving spouses, healthy children, and happy homes. In a twisted irony, women today are being duped into supporting a movement that seeks to erase the differences between genders and ultimately destroy traditional families.

To understand feminism is not hard, because its principles were set forth in detail by its three founding members, beginning with the leader of the ideology: Simone de Beauvoir. De Beauvoir penned The Second Sex, a nearly 1,000-page tome now popularly dubbed “the Feminist Bible.” The book itself wanders chapter after chapter displaying De Beauvoir’s obvious intellect and facility for words, but also her deeply deformed view of love, marriage, and heterosexual sex.

De Beauvoir was a conflicted character. She wrote that the act of sex, by its nature, is violent and debasing to women, yet she maintained an open sexual relationship with a man—Jean Paul Sartre. De Beauvoir claimed she wanted to liberate women from their unhappy lot, yet seduced a number of young, vulnerable girls whom she was teaching at the Sorbonne, before introducing them to Sartre so that he could seduce them as well. De Beauvoir and Sartre exchanged many letters detailing their sexual exploitations and ruthlessly mocking the subjects of their conquests.

The other two founding mothers of feminism were no less disenchanted with stable, heterosexual relationships. Betty Friedan, author of The Feminine Mystique, walked out on her husband and children, and campaigned for feminism and the ERA for the rest of her life. Kate Millett, author of Sexual Politics, was a lesbian and by accounts of her family, a very unhappy woman.

To be clear, Betty Friedan claims she was abused by her husband (although her husband is now attempting to refute that allegation) which if true, is tragic; and being a lesbian does not make one a bad person. What is clear, though, is that from De Beauvoir, to Friedan, to Millett, feminism is the brainchild of women who had a warped view of marriage and rejected marriage as a societal good. Indeed, “the Patriarchy,” against which so many preppy millennials now clamor, was clearly defined by the founding feminists. Kate Millett said, “Patriarchy’s chief institution is the family.”

It is absolutely baffling that so many modern women have adopted the principles and beliefs of these three figures. If I wanted to get advice on how to be the finest attorney possible, it would be silly to go ask a medical doctor for tips. Instead, I would look for someone in my own profession who has excelled in the field in which I aspire to achieve. Feminism is the philosophy of women who rejected, in one way or another, and targeted for extermination, the very lifestyle that the super-majority of modern feminist women ultimately aspire to attain: marriage, children, and a happy home life. It is entirely irrational to support and promote feminism, because it seeks the destruction of your own way of life.

This complete disconnect from the reality of what feminism really means and what it seeks to accomplish is on awkward display when prominent feminists like Emma Watson publicly grapple with the dissonance in the philosophy they espouse. In 2014, Watson delivered an address to the United Nations to launch the UN’s HeForShe campaign, an initiative that is meant to enlist men in the fight for “gender equality.” Watson’s speech was hailed as explosive and Vanity Fair declared it a “game-changing speech for Feminism.”  In some of her opening comments, the actress noted:

“I decided I was a feminist and this seemed uncomplicated to me. But my recent research has shown me that Feminism has become an unpopular word. [T]he more I have spoken about Feminism the more I have realized that fighting for women’s rights has too often become synonymous with man-hating. If there is one thing I know for certain, it is that this has to stop…”

It won’t stop. The taint of man-hating cannot be expunged from the feminist movement, because it is the core of true feminism. Anyone who has read the clearly stated beliefs of feminists and the philosophy that is feminism knows that it is fueled by a smoldering anger against the biological differences that make women more physically vulnerable than men, that assign to women the “drudgery” of child-bearing and child-rearing, and indeed self-disgust of the very ethos of true femininity.

Feminism has survived and even thrived, because the rank-and-file do not seek or demand a complete understanding of the philosophy. Today, we have an entire generation of young American women who no longer can articulate a cogent explanation of their beliefs. They cannot explain in any kind of depth what feminism has accomplished or how it will bring about the change they desire. Modern feminists cannot even agree on what feminism means. The majority identify amorphous notions of feminine strength and independence as core values of feminism. There is a bit of a Wonder Woman-fandom flavor with a dash of Handmaid’s Tale to most feminists’ conceptions of feminism—both tales as fantastical and mythical as today’s modern conception of feminism.

In direct contradiction to feminist philosophy, most of the young women who wave the Wonder Woman flag while championing “Feminism,” are also in search of love. They criticize gender stereotypes, yet hope for a strong and faithful partner; they promote radical self-reliance, yet seek a relationship that will last “till death do us part;” they rage against the Patriarchy, but envision healthy and stable homes in which to raise their children. They yearn for all the fundamental societal ideals that true feminism hopes to destroy.

Feminism has not changed. It has not evolved with a new generation to mean something less radical or less destructive than that pushed by De Beauvoir and her intellectual progeny. Instead, feminism today takes advantage of the widespread ignorance—the lack of any true understanding of the ideology—to rally women to support concrete political action that will enshrine actual, radical feminism in the Constitution.  The women who really understand the agenda co-opt the majority’s super-hero fantasies into energy and traction for the true political dogma.

Young would-be feminists would do well to explore the foundations of feminism, and learn what the icons of the movement believed and planned to accomplish. Feminism is not a general term for girl-power or independence; it does not change based upon the subjective opinions of the women who have adopted feminism as a pet cause. It was formed by intelligent women who loathed something in themselves and about themselves that most of us, no matter our ambitions or career paths—doctors, homemakers, lawyers, working-moms, teachers, CEOs, students—prize and cherish. Feminism seeks the destruction of a way of life—family life—and it hopes to erase every distinction between men and women—distinctions we have celebrated and appreciated throughout human history and across cultures.

Feminism is a fraud—don’t be one of its victims, and don’t let it destroy the lifestyle most women would like the option to pursue, now or in the future.

Human Events published an edited version of this post in May of 2019.

May 6, 2020
The Fifth Circuit’s OSHA Vaccine Mandate Stay + A Wrinkle

May 6, 2020
The Federalist/Pretending COVID Is An Emergency Is Killing America

May 6, 2020
My Statement on the Conclusion of the Flynn Case & Why I Will Be Stepping Back From Politics for a Time