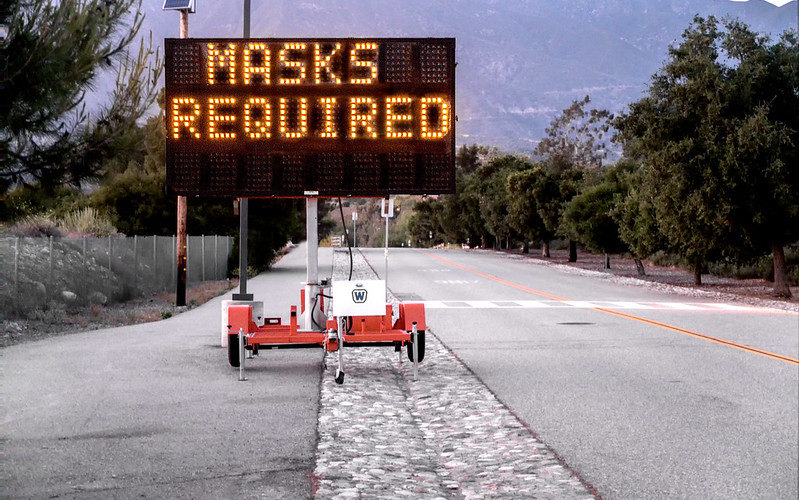 On May 26, Virginia’s Gov. Ralph Northam announced that wearing masks outside one’s home will be mandatory effective May 29. He first hinted he might issue a masking order a week ago, likely to test the water.

A new refrain in public discourse is growing in volume by the day: “Things will never be the same.” The certainty with which we are assured of this pre-determined future is perplexing. Whether or not “things” will ever be the same is not at all clear, but that some people hope things will never be the same is certain. To those looking to benefit politically from emergencies, COVID presents an opportunity to advance plans targeted to transform American freedom and the American way of life. Mandatory-masking policies provide a valuable foundation to weaponize the virus against American liberty—now and in the future.

Much of our freedom is maintained by the collective resistance of the American mood. When the Minnesota governor excluded churches from his Phase I reopening plan, the Catholic and Lutheran leadership announced, through counsel, that their churches would reopen with or without the state’s blessing.

The governor’s resulting about-face was probably not due to a legal epiphany. Rather, he understood he’d pushed the envelope too far. Minnesotans wouldn’t put up with any further abuse of their religious freedoms.

Would Virginians, outside of the blue D.C. suburbs, be willing to accept a masking order? To take our freedom from us, people with anti-American agendas have to mobilize some initial quorum of consent from the population.

Mandatory masking seeks to build that consent. In addition to extending the fiction that we are in an emergency sufficient to trigger the extra-constitutional authority of local and state executives, mandatory masking acts as a peer pressure-fueled signal that encourages conformity to our coming “new normal.”

An April 18 article in the Washington Post underscores the strategy, presenting the mask controversy as a left versus right debate. People resisting mandatory mask policies are, per usual, painted as unreasonable, headstrong, and backward—displaying ignorant American bravado while rejecting science and good sense. (That caricature is itself a tool to mock, marginalize, and silence dissent.)

The most telling passage of the article is this one:

For Trump’s supporters, declining to wear a mask is a visible way to demonstrate “that ‘I’m a Republican,’ or ‘I want businesses to start up again,’ or ‘I support the president,’ ” said Robert Kahn, a law professor at the University of St. Thomas in Minneapolis who has studied Americans’ attitudes toward masks. “Masks will quickly become the new normal in blue states, but if social distancing continues through 2022, the mentality among Republicans could well change, too: If I can go to work and the cost of marginal improvement in my life is wearing a mask, maybe Americans of both parties do accommodate ourselves to it.”

And that’s the key. If we want to marginally improve our lives, we will submit. The masks, aren’t the endgame. The point of the masks is to teach the American people that if we want to get some sense of normal, we have to accept an abnormal normal.

If everyone is wearing a mask, it telegraphs a society-wide acceptance that the status quo has changed, and with that consensus other changes can come, too. Society will be primed to accept measures that most normal Americans would reject in any other time. Our new normal will include a permanent expansion of the bureaucracy and alarming new COVID-related regulations.

The truth is you aren’t irrational or obdurate if you are skeptical about masks. The “experts” have admitted that masks’ efficacy is usually negligible. Dr. Anthony Fauci himself, in a “60 Minutes” interview early in this pandemic, dismissed masks as essentially useless.

“There is no reason to be walking around wearing a mask. When you are in the middle of an outbreak, wearing a mask might make people feel better, and might even block a droplet,” he said with almost an eyeroll, “but it’s not providing the perfect protection people think it is, and often there are unintended consequences…”

Fauci may have changed his tune, but plenty of sensible doctors are still speaking up. Last week, a doctor in the Wall Street Journal pointed out that cloth masks—the type worn by the overwhelming majority of the population—are not very effective, echoing Fauci’s earlier admission. The WSJ author noted that even the N95 masks fall short: “They’re considered effective at blocking coronavirus particles only when they’re form fitted and tested to make sure there isn’t any leakage.”

In short, cloth masks are largely symbolic. The science hasn’t changed, but the agenda has.

Implementing mandatory mask policies across a society of 300 million because it makes some people feel better is absurd on its face. But the policy makes a lot of sense if you understand its purpose and usefulness to shift the American mindset.

The Post inadvertently summarized the game. Mandatory masks are a critical predicate to current and future abuses to our liberty. Mandatory masking provides the foundation on which state and local governments continue to justify emergency measures and rule-by-executive-fiat, and it creates a national mood of consent that America will accept suspect indefinite government expansion because we face a “new normal.”

May 30, 2020
The Fifth Circuit’s OSHA Vaccine Mandate Stay + A Wrinkle

May 30, 2020
The Federalist/Pretending COVID Is An Emergency Is Killing America

May 30, 2020
My Statement on the Conclusion of the Flynn Case & Why I Will Be Stepping Back From Politics for a Time