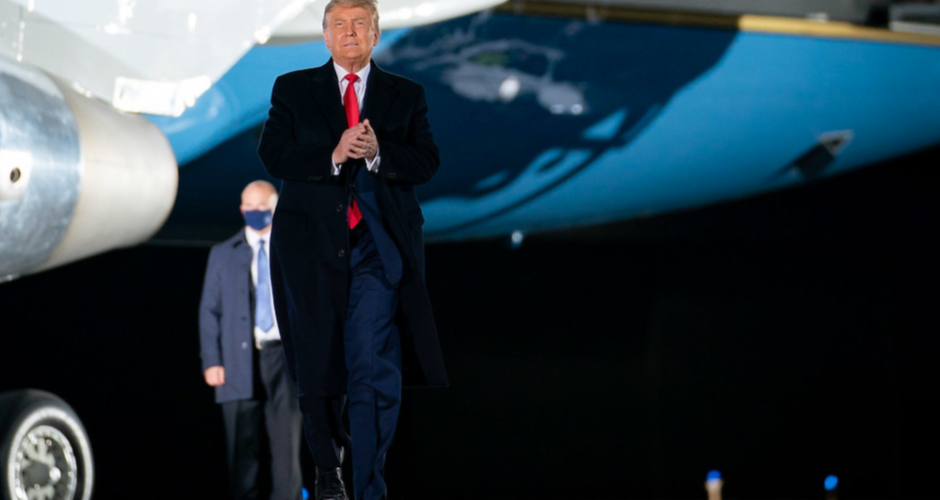 Trump is not a Republican.  He never was before, and he is not one now.  As the nation speeds toward November 3rd, Republicans have been all over the board with predictions on the outcome, but some prominent Republicans have been consistently negative about Trump’s prospects and even hopeful for his defeat. This month, Peggy Noonan penned an archetypal anti-Trump piece titled “Biden, Pence and the Wish for Normalcy.” Noonan mused almost longingly that America might be headed toward an unprecedented landslide in favor of Biden. She said that if this happens, one of the primary reasons will simply be “that [Biden] is normal…and people miss normal so much.”  Noonan, like many Republicans who don’t like Trump—both prominent and rank-and-file—wants to go back to normal. The reality is we are never going back to “normal.” The old Republican Party is dead. Trump made a new party, and that is the party of the future.

In 2016, Trump hijacked the Republican Party. Although billed as Republican, the support propelling him to victory was a new configuration of the electorate. Many mainstream Republicans still don’t understand this, but no other Republican was going to win in 2016. Trump won because he was not actually a Republican.

Both the Republican and the Democratic parties are in the midst of their own internal civil wars.  The extreme Left-wing of the Democratic party is hurtling toward socialism and the destruction of American values. The Left is shifting into a machine of destruction that isn’t just focused on our statues or the names of military bases, but on destroying the fundamental principles of our country. Indeed, the escalating rhetoric currently employed by the Left historically does not just silence dissent, it eventually seeks to eliminate the dissenters. America is in a struggle not just for its identity, but for its life.

While the Left remakes itself, the Republican side of the aisle is in the midst of its own struggle. When Trump won the White House, the anti-Trumpers of the Republican Party pivoted on a dime.  For most, it wasn’t a unity move, it was a simple power play and it was survival. Trump won, so the GOP decided to ride that wave. They stacked the White House with their people, promoted mainstream Republicans toward Presidential appointments, and benefited as best they could from the electoral upset, but they never coalesced behind Trump or his new party’s plan for American renewal. Both the Never- and Reluctant-Trumpers are hell-bent on holding out until Trump is out of office to return to the “normal” times for which Noonan yearns. What all Republicans need to realize is the Republican Party—as it was—is dead.  Its leaders lost the GOP’s soul by following globalist policies and pursuing their own personal wealth at the expense of the American people. While those Republicans were busy chasing their own interests and melding into a single ruling elite in Washington, the country and indeed the world, changed. What has come to be in the stead of the GOP, and what will continue to develop, is a new party. Trump is not a fluke president, he unified a movement and formed a new party that will continue on, even after he leaves office.

The makeup of Trump’s party is new. He didn’t win in 2016 only by motivating greater Republican turnout. Trump flipped voters; he pulled from across the aisle. This excerpt from a Wall Street Journal article provides a striking example:

“What happened in 2016 is [Trump] got a great many people who had supported Barack Obama and Democrats in the past to vote for him,” Republican strategist Whit Ayres told me earlier this week by phone. “Trumbull County in northeast Ohio is my classic example. Obama beat [Mitt] Romney there by 22 percentage points. Trump beat [Hillary] Clinton there by seven—a 29-percentage-point turnaround. So it was far more changing the allegiance of existing voters rather than generating a substantial turnout of new voters.”

Trump’s new party cuts across traditional party lines and draws from every socio-economic stratum in America. Although Trump’s base remains the strong conservatives who once vitalized the old Republican Party, he has attracted blue collar Democrats, immigrants, and minorities. What unites these people? What are the core values of this new Party of Trump?

The “Make America Great Again” slogan excellently captures the spirit.  Trump’s party retains the core family values of the old GOP, but with an additional and robust focus on economic nationalism, strong sovereignty and national security, and smart foreign policy. The people in Trump’s party are risk takers and wealth builders, and they truly live the American ideals of independence and free thought. The Party of Trump is composed of people who want to survive and thrive on their own two feet. Trump’s “Promises Made, Promises Kept” theme is a direct repudiation of years of betrayal by Washington elites—years of big social and economic pledges from politicians on the campaign trail followed by inaction or even straightforward betrayal of those promises in D.C. So, the party of Trump is motivated by politicians who don’t just talk, and not even by those who take some action, but by those who actually deliver.

The people who oppose Trump have something in common, as well. They are predominantly takers. They don’t build; instead, they want the safe route to success.  This type of person is found in every stratum of society, too. From politicians like Joe Biden and Mitt Romney, to the middle-class people with safe corporate jobs who have no skin in the game, to the poor who would rather get a hand-out than a hand up.

The anti-Trumpers within the Republican Party are working hard against the President and his party. Just last week, the New York Times highlighted the organized elements of this insurgency in the article “The Crowded, Competitive World of Anti-Trump GOP Groups.” Leading the pack are The Lincoln Project (Rick Wilson and George Conway) and the Take Back Our Party Pac, run by Greg Schott, “who sold his business software company to Salesforce in 2018 for a reported $6.5 billion,” and has poured $1 million into targeted ads trying to convince soft-Republicans to vote against Trump.

The type of Republican who does not believe in Trump does not understand how the world has changed and cannot face the crisis we are now in. They come in one of two flavors: the corrupt, self-interested and the weak. They either want politics to be normal again, because that is when they held power and made money, or they can’t stand up to the assault of the Left (they want to be perceived as having that most-prized virtue of the GOP: gravitas). Most importantly, whichever flavor a Never- or Reluctant-Trumper comes in, neither is a winner; they are both compromisers. They either compromise to advance their own interests at the expense of this country, or they compromise from weakness, flinching from the possibility they’ll be mocked and ridiculed the way Trump is.

Four years ago, Trump understood something had to change in America, and today it is now clear we are in more of a battle than we ever imagined. The unfolding facts of the elite entrenched bureaucracy’s attempted coup and the radical resolve of the far Left to destroy our institutions, our history, and perhaps us, too, requires a new kind of Republican. Politicians today must be fighters. Although Trump is unique in his style, every politician who successfully follows after him in this new party will need to show Americans that he or she is willing to fight for the good of the nation with the same uncompromising and aggressive resolve. Politicians who can take on our new party’s platform will be winners in America.

The old Republican Party is dead.  Americans have witnessed the corruption at home and understand the threats we face from abroad, and they see that politics has changed. We cannot go back to “normal” if we want to turn this ship around. Trump’s new party is comprised of people who still believe in the American dream for themselves and for each other, and who are ready to do the difficult work necessary to peacefully but decisively, and without apology or compromise, return this country to its founding principles.  Be wary of the negative assaults of otherwise “good” Republicans and don’t let them get you down.  When the chaos of this current realignment settles, it will be clear that they aren’t in our party. Their party failed America and the world; ours is going to lead America back to prosperity and encourage a global movement toward national sovereignty and freedom.

November 2, 2020
The Federalist/Pretending COVID Is An Emergency Is Killing America

November 2, 2020
My Statement on the Conclusion of the Flynn Case & Why I Will Be Stepping Back From Politics for a Time

November 2, 2020
This Is Why Trump Shouldn’t Concede – Hillary Said Not To!