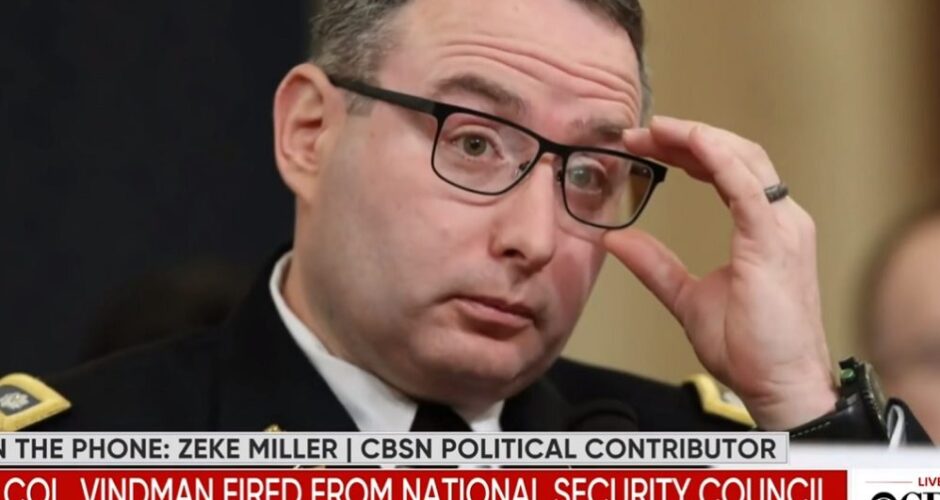 On Sept. 14, The Atlantic ran a profile on Alexander Vindman. Vindman was one of the National Security Council officials who listened to President Trump’s July 25 call with Ukraine President Volodymyr Zelensky. Vindman “blew the whistle” and became the star witness in impeachment proceedings against the president.

The Atlantic article cast Vindman as an idealistic patriot. Vindman, who lists “Defender of the Constitution” on his Twitter bio, referenced his reverence for democratic ideals and the U.S. Constitution multiple times throughout the interview.

Leftists and militant Never-Trumpers throw two terms around as if they are sacred, but in practice trample all over the principles the words represent. One word is Constitution, the other is democracy. The left claims to champion democratic values ad nauseam, yet they have betrayed the most basic of those values in America—the primacy of the will of the people in the peaceful transition of power… The rest of this article is available here.

September 16, 2020
The Federalist/Pretending COVID Is An Emergency Is Killing America

September 16, 2020
My Statement on the Conclusion of the Flynn Case & Why I Will Be Stepping Back From Politics for a Time